5 Reasons You Could Be Gaining Weight

Nothing taps your panic button quite like gaining weight, especially when you're on a weight loss program. Unfortunately, it's an inevitable fact of life. Luckily, you've got me here to tell you that, as long as you're following a solid program, results will come. It's a physiological certainty (unless you have an underlying issue, like hypothyroidism).

I realize this might take further convincing, considering our instant-gratification society. But this ain't my first weight loss rodeo. I've seen almost every scenario you can dream up, most of which were solved by patience. That said, there are some strategies you can use to ensure you're getting the most out of both your diet and exercise program. Let's tackle five of the most common weight loss conundrums.

So the moral of today's lesson is to trust your exercise program—at least if it's a Beachbody program. We've been doing this a long time and we know what works. There are no magic bullets. Body transformation is based on making consistent, healthy lifestyle changes. Do that and you'll never need to ask yourself why you're gaining weight again.
Posted by Unknown at 9:56 PM 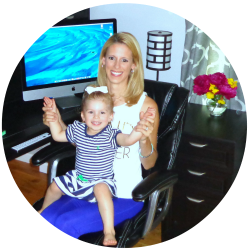